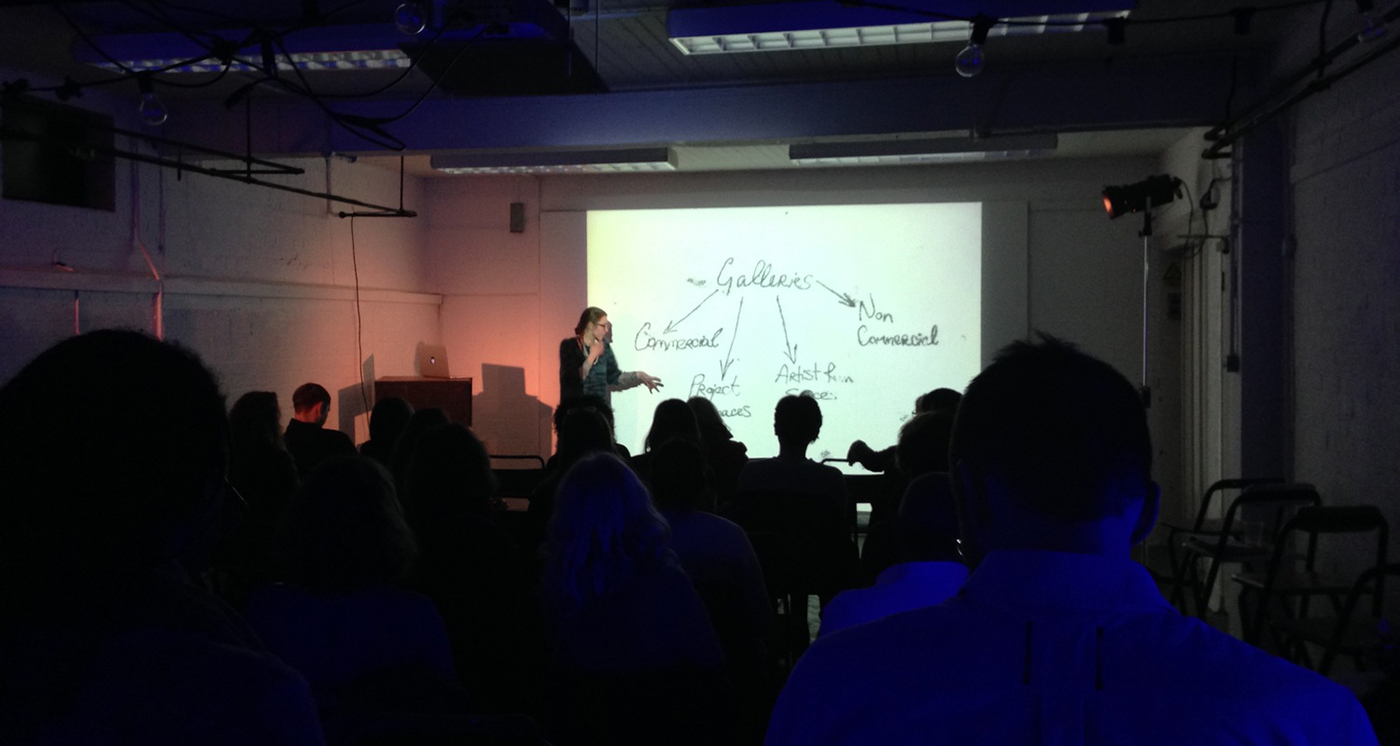 Art Map London is a relatively new guide amongst the other organisations currently working within London that survey the gallery networks and feed back into the urban ecology of the city, lubricating the social milieu for artists and audiences alike. What differs Art Map London to say SLAM (South London Art Map), Art Rabbit or New Exhibitions, first and foremost, is that it seeks to support the promotion of the event, or in the terms of Art Map director Jenny Judova, ‘something that lasts no longer than 24 hours’. Accessing the site you are presented with a calendar detailing the day’s events in London. Art Map is to serve and benefit the local, the just visiting, and the transience of event-based visual arts discourse in screenings, talks, performances, one-night only exhibitions and the private-view. A time-consuming and tricky undertaking, given the temporal and spatial sprawl of the city.

Jenny Judova’s experience of moving to London, having recently completed post-graduate studies in Glasgow, tells a familiar personal narrative amongst many other young professionals in the visual arts sector, seeking scarce employment in the relevant industry, over-qualified for the internships or unpaid labour available, endeavouring to establish in-roads to a London art scene, which, seemingly burgeoning, is realistically a complex and sometimes difficult array of networks to enter without a pre-established peer group from having studied in the city. By listing the daily events occurring around the city, regardless of the gallery’s status, Art Map promotes the opportunity of the social encounter.

The emphasis to help facilitate communal gatherings stems from Jenny’s five years in Glasgow, whereby openings would be programmed on the same evening, and the audiences would be regular - a meeting point for many familiar faces. Moving to London is often the default counter-response exactly to this familiarity, with the desire to integrate within a wider artist community, meeting others through openings, talks, study, or studio groups. London might also be seen as a place where the latency of contemporary culture is potentially granted to those who opt in to the capital’s hyper-version of financial struggle and competition, in return to be within a speculative grasp of the now, or the ‘best of best’ as Jan Verwoert recently put it. Though #FOMO is a more recent digi-linguistic manifestation of a social expression, currently circulated through Twitter as a marketing strategy for businesses, the ‘fear of missing out’ certainly felt prescient amongst some of my recent-grad peers a few years ago, and undoubtedly many years before, for whom London was the remedial gateway to the uncertain immediacy of their situation. This undoubtedly is contributing toward what Tony Traver of LSE was recently quoted in The Guardian as saying, declaring London as ‘…the dark star of the economy, inexorably sucking in resources, people and energy. Nobody quite knows how to control it.’ 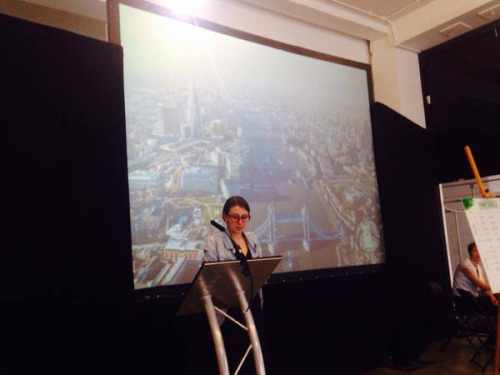 The issue in London is of course due to the scale of the city, multiple art communities emerge, linked with the neighbouring universities, galleries or level of gentrification within their area. Whilst the continual influx of artists enter the city, just as many leave. So the city is an amorphous web of practitioners, with a stratification of audiences, stretching thinner as low-incomers are being marginalized further to the outskirts of the city. It seems those who do stay put have a tendency to congregate, or make their London smaller. This was also noted by Jenny, when, questioning friends which galleries they would go to for openings or events, listed a handful at best. Is Art Map then to better integrate the micro-networks around the city? With so many events clashing several days a week, and audiences clustering around certain galleries or areas, is it meaningful to attempt to promote any and every gallery without a critical filtering process, without definition or distinction of boundaries?

What does appear to have a clear beneficial use on Art Map, and what distinguishes it from the aforementioned listings, are the multiple strands of other support services on offer to creative practitioners, which have emerged from experiencing the needs of artists currently working in the city. These include Free Spaces, a directory of different spaces around London where you don’t require a fee to exhibit or stage work, ‘…as even some coffee shops now charge to hang work’. Art Yellow Pages is another resource, available as an e-book for only £3.49, detailing supply stores, fabrication centers, artist book publishers and distributors, residency listings etc. 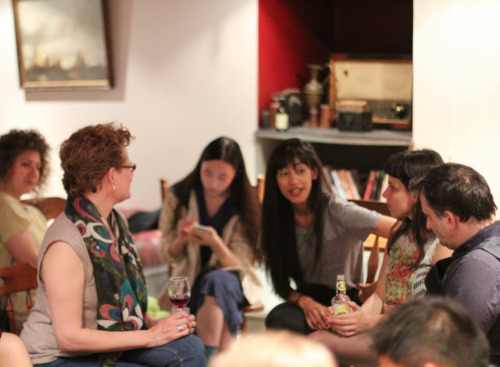 Aside from bringing exposure to the places where artists can make or show work, Jenny is continually expanding the project, organising monthly meet ups with artists she initially met by announcing an open-call on Facebook to meet her for a coffee. After 21 coffee meetings, the whole group have begun to meet together in a teahouse in Shoreditch for The Art Talks, where once a month an arts professional or writer are invited to speak and share knowledge, which is free to members, or a symbolic fee otherwise. There will also be a forthcoming material swap, hosted at Tom’s Etching Studio, in Peckham on 19th July, where cumbersome or unwanted excess material can be sold, traded or simply given away. Educational and practical programming like this is needed more from other organisations.

Coming from an art historian background, Jenny acknowledged her acute ability to collect and archive information vital to her research and thesis in Medieval art. This attention to cross-referencing seems to have been employed within Jenny’s ethos to attending private views. Through collecting press releases for over the past 18 months, Jenny has amassed, other than a lot of paperwork, a substantial database of galleries in London, and a knowledge of their exhibiting trends. Collating the information to produce data like ratio of men to women exhibited, solo vs group shows, commercial vs not for profit, age of artists, age of gallery etc, and presenting these figures as a series of infographics, offers an insightful mirror to the industry.

This research does not attempt to substantiate the causes of the effects, nor is it qualitative beyond Jenny’s personal survey of London galleries, but at least it offers some ground to form an accountable opinion on who is being presented. ‘It’s a valuable resource, to have the intimate knowledge of galleries - that’s what I realised many emerging artists might need, not just an opinion based on a bloggers positive review, but the statistical evidence of these spaces’. It might be interesting to measure the usage of particular artist and/or gallery vocabulary to describe current conceptual inquiries, in order to attain a sense of, at the very least, tropes in art language, but also a more insightful study of what is currently being presented in galleries. 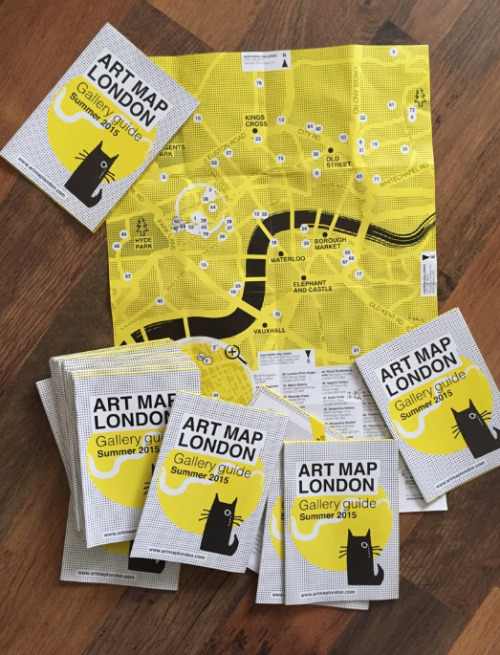 Strangely, artists and arts professionals around the UK were asked recently to vote for their favourite gallery in London, based purely on their own personal preference with no prerequisite or contextual reasoning. This might seem to have insubstantial amount of feedback for analysis, however Jenny rationalises that when searching for ‘must-visit-galleries-in-london’, ‘the lists that came up were usually Top 5/Top 10 types of articles, published by mainstream media such as Time Out, or Guardian, or Londonist, and were clearly meant for tourists or people interested in general culture and not industry professionals’. The top-voted 70 galleries and institutions are now being interviewed one by one, to be later published as an e-book, distributed through Kindle, and as an app.

In some ways, it feels like Art Map London and the various strands from Jenny’s repertoire are either antagonizing the London art community, or questioning it in ways that might seem too informal, too DIY, too anti-institutional, yet somehow also overly-professional or career oriented. Some of the discussions initiated by the organisation might pose a difficult tension between public debate and personal gossip. What are its motives to reduce the London visual arts sector down to a popularity contest, if not to (thankfully) produce an ironic trend-forecasting project from the outcomes, then to publish the results as a ‘definitive’ tour-guide reference? It’s obviously neither, so maybe better considered as another means of interpreting the current visual arts output that is being engaged with in the city, offering specific resourceful knowledge that can’t be paralleled to a generic Google search.