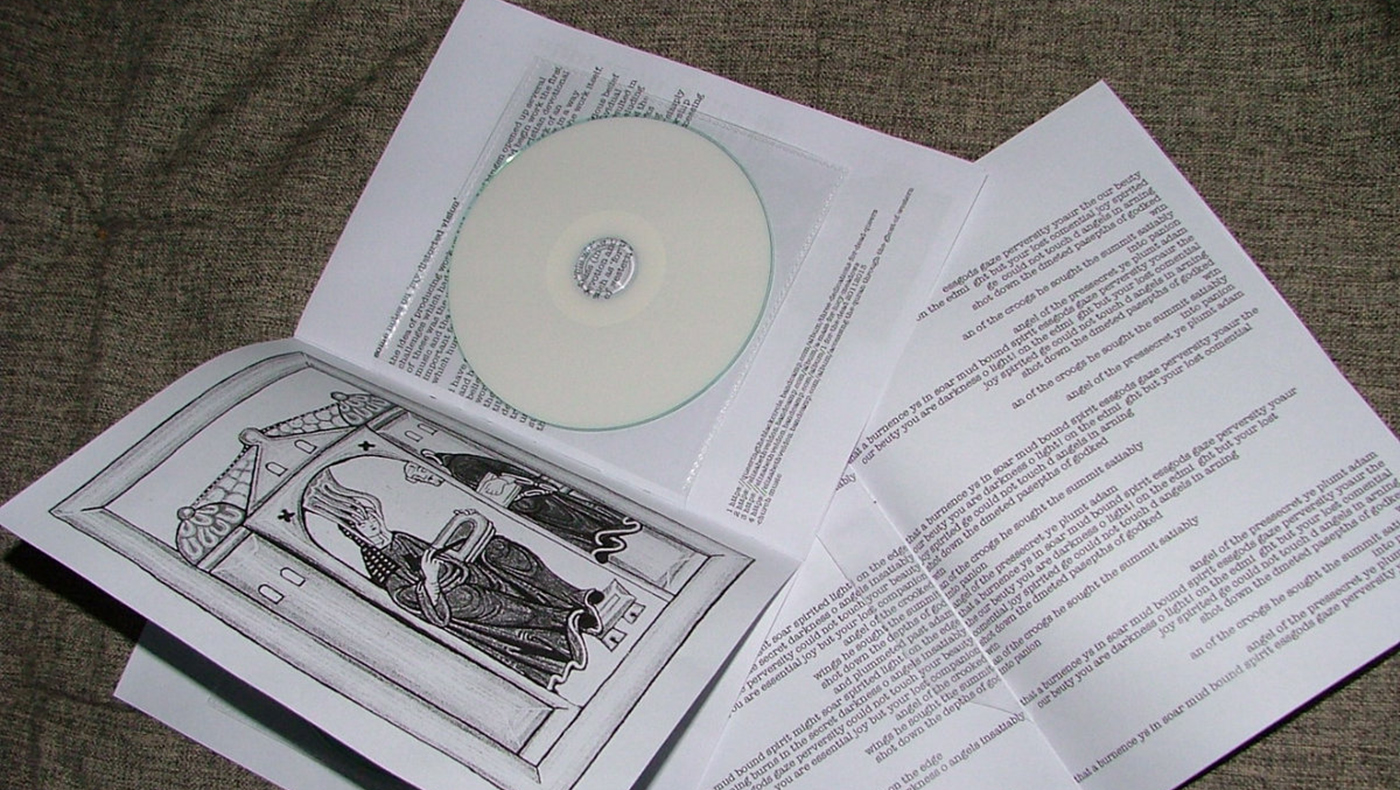 With their first release dating from early 2013, [RHP] CDRs is coming up to being 18 months old soon, and yet it feels older beyond it’s years considering the impressive level of output achieved in such a short space of time. Functioning ostensibly as a “limited edition record label” focused primarily on profiling music “made by producers whom do not primarily or solely consider themselves to be musicians”, the project in fact also has a host of different strands of output, from events, to running a festival, undertaking residencies, publishing zines, and performance lectures. Run by Ryan Hughes, an artist and curator based in the Midlands, Ryan talks of himself as a fixed point within the project, around which are an evolving collection of collaborators, with whom he maintains ongoing conversations spanning, in some instances, over 5 years. As Ryan says explicitly in our conversation, [RHP] CDRs is “effectively about these relationships”, no doubt mirroring a sentiment expressing the mutually supportive foundations on which many an artist-led project rests, but which one rarely stated so explicitly.

Born of an interest in what Hughes calls the “intersection points” between otherwise discrete disciplines, focussed primarily on the cross-over between contemporary art and experimental music. The project was also born quite simply from Hughes’s own personal intersection, being a contemporary artist and curator who was also a fan of experimental music and noise, with the project itself slowly taking shape in response to the growing body of research the project both accumulates and itself represents.

Only recently formalised within the last six months as a ‘research unit’, with the recent development of a strand of work Hughes calls, [RHP] CDRs Transcripts, a phrase which functions as an umbrella under which to potentially collect and publish the often extended conversations he maintains with practitioners that inform and constitute the project’s body of research, but which may never culminate in an actual physical form of output. This process of opening up these personal and thus relatively open and transparent insights into a practitioners work for a wider audience, as well as making available this peripheral labour and the immaterial research gains which go into the construction of a project, seemed a particularly interesting angle of development for the project. As Hughes says “Just because something hasn’t resolved itself doesn’t mean it doesn’t make sense in some way.” The first of these to be published is a lecture, originally delivered as part of a [RHP] CDRs event, by Harry Grainger which is a run-through of the various approaches to and ideas on audiovisual perception, and an apt subject matter for publicising the project’s peripheral research.

a SMUT presentation of FOLK and PUNK dialectical history (14:33).

If you’ll forgive our recourse to wholly inadequate visual metaphors, Hughes’ project is aimed specifically at making visible the auditory practices of artists who do not refer to themselves primarily as music producers, throwing light onto these tangential strands of work. 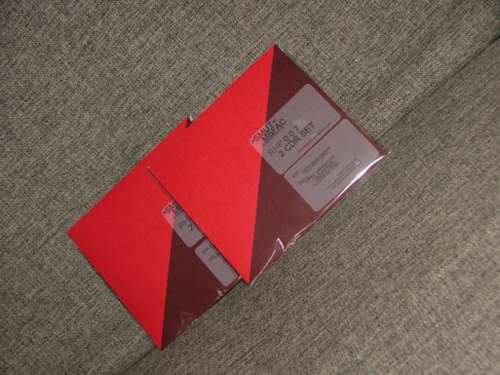 In a relatively ‘classical’ curatorial gesture (in terms of an ‘iconoclastic’ operation of bringing together disjointed material, as described by Boris Groys in his essay ‘The Curator as Iconoclast’) Hughes has sought to profile at times discarded ephemera from the studio/cutting floor, joining the dots between disparate aspects of a persons output that they might otherwise deem completely unconnected and “not part of their practice”. He talks about it as a means “to expose ways of thinking”, citing Andy Hopkins, whose work made up the third release with [RHP] CDRs, a sculptor who, whilst in his studio, Hughes overheard “tinkering away” on an electric guitar and old synthesiser, which for Ryan made complete sense in view of his wider practice, but which Hopkins had not considered a legitimate aspect of his output.

These relationships which form [RHP] CDRs also extend outwards from just those between practitioners, as Ryan has long-established partnerships with venues, galleries and supporters to the project, as well as a lasting supportive relationship with Warwick Council Arts Development Officer. Hughes talks about a hope for the development of relations with both Coventry, Walsall, and Leamington Spa, all only a short train ride away and with their own cultural ecologies to potentially connect with, and how a fostering of this network outside of the boundaries of Birmingham could be a strong and useful entity. This was interesting to hear, Birmingham can appear from afar as an impressively self-sustaining scene, though Hughes’ comments suggest a different perspective to this, that the close proximity of a network of spaces could at times cause an inward-facing attitude.

Ryan speaks of the relatively organic growth of relationships he has with the experimental DIY music scene, being contacted regularly as a recognised promoter within the Midlands of that music. 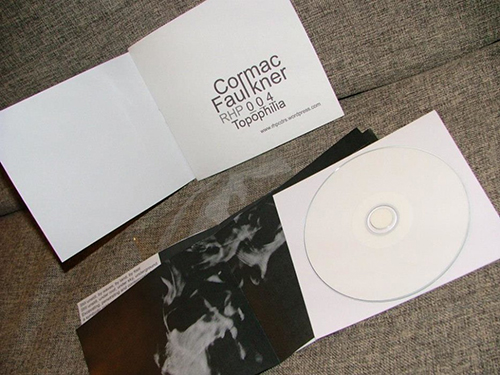 There appears to be an impressive lack of conflict, and territorial defensiveness, between these two contexts crossing over and interacting for [RHP] CDRs which is certainly very heartening to see. We spoke of how both gig spaces and galleries are often set in spaces that have shared histories, I.e. Disused industrial units, with the only difference being the way the walls have been painted, one wall is white, the other is black. And yet their use as spaces for housing these two worlds of work plug into different contexts and cultural histories, for example we spoke of the different ways participation in a performance might be read in these two contexts, experimental music and contemporary art. Ryan cited Sly and the Family Drone’s habit of handing out drums to the audience, and the different ways this might be received and read in each setting. In particular though Ryan does highlight one specific, both telling and timely, disparity between the two contexts, which is that artists are far more happy to exhibit their work for no monetary return, however musicians are far clearer that if they are performing then they need to be paid.

As Hughes points out, sound artists have often pushed and played with the tension of noise within the (at least traditionally) quiet space of the gallery, disrupting the space as a site of contemplation, a means, he explains, of exploring the tension of “how these things can exist together… or not”. This tension itself, then, can potentially become a very productive aspect.

[RHP] CDRs primary output is the release of (as the name suggests) CDRs, which are often lovingly designed and packaged products. The works are for sale, both at live events and through the project’s bandcamp page, the proceeds of which mean that the project is largely self-sustaining. On top of that Ryan spoke of trying to be careful about making sure that pots of funding they do receive have a lasting impact on the project, for example buying a PA system for performances and events putting an end to the incessant costs of hiring such equipment.

As a record label, [RHP] CDRs functions in a quite naturally nomadic fashion, with a possible view to having a more permanent space in the future, once again (recalling our profile on Anne Duffau’s A-Z project a couple of months ago) we see a productive use of the freedom that comes with being a roving project. Inhabiting spaces for a short period of time, when necessary, through a small network of collaborators and long born relations with venues and distribution channels, the project’s overheads are kept to an absolute minimum, allowing for all money produced to go both to those involved, and back into the project itself. With a long list of releases planned for the next few months, it is evident something about the project must be working.