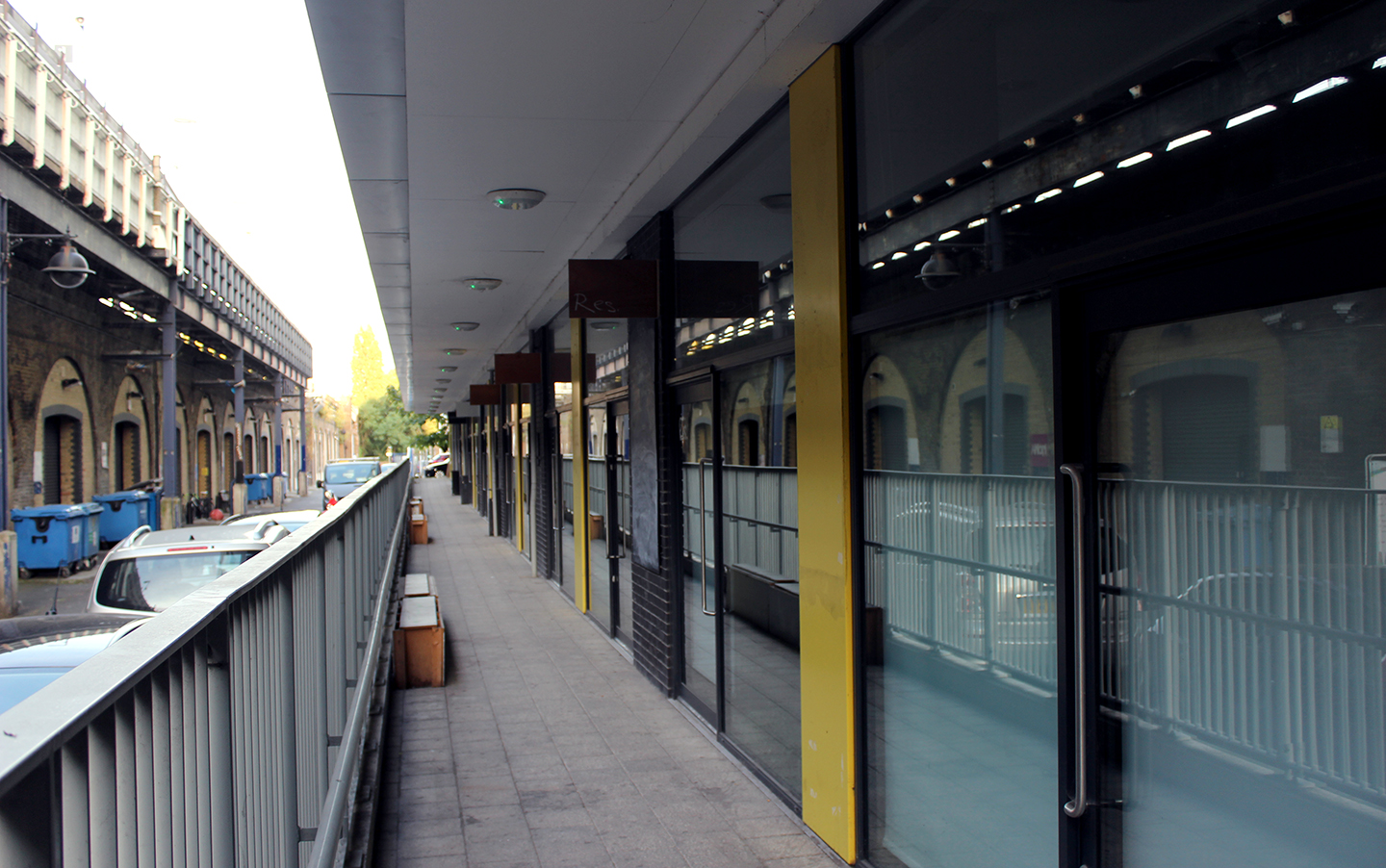 Enclave adopts the analogy of an ‘artist-run infrastructure’, implying there is an emphasis on services and facilities within the organisation that benefit the purposes of a communal goal. The Enclave project is physically comprised of 10 box-like ‘units’, aligned within the façade of a new purpose built redevelopment, as part of Lewisham council’s efforts to regenerate much of Deptford’s high street and local area. ‘The strip’, akin to a walkway of shopping outlets, is home to the Enclave gallery - a large, clean exhibiting space - Enclave Residency Projects, and Machine Party; a social coffee bar and office space where the conversation was conducted with curator Lucy A Sames.

Enclave inhabit the initial 3 units, but proceeding down the line of spaces are news of the world, ran by The Centre of Attention, Divus London, The Groundnut, Lubomirov-Easton, Third Text, Occupy My Time and Victory Press. Varying in approach, presentation or purpose, Enclave is open to what form of organisation occupies the units, from curatorial test spaces (news of the world), events (Groundnut) to printing and distribution (Victory Press or Divus). Whilst the projects are given autonomy from Enclave and all are self-funded, Enclave as the umbrella organisation seems to embody the idea of a mutually dependent system and why the term infrastructure is employed within their identity.

To lease the strip of units to other project spaces was a decision made toward the beginning of Enclave’s bid to Lewisham council’s development plans. Rather than facilitating a number of artist studios or rehearsal space, Enclave has created a microcosm or cross-section reflective of current visual arts practice. Coinciding openings with one another on the last-Friday’s, most units are then open to the public for a period over the month. SLAM, the aforementioned South-London Art Map coordinated by Julia Alvarez (also director of BEARSPACE in Deptford), is beneficial to Enclave’s particular setup as audiences can attend a multiple of openings in one place in one evening. It is a strange experience walking past each unit, particularly on opening nights. Emphasis tends to be focused toward Enclave, partly due to their provision of a social area, but the variety in presentation can create a dynamic akin to open studios. However, it isn’t surprising when an organisation is difficult to assimilate into a squeaky-clean package, or is naturally resistant to homogeneity, coordination and objectivity differ to create a deluge of activity, prompting audiences to not be neutral and discern favourites. It is a questionable proposition whether Enclave’s identity, when experienced in the entirety of the complex, can be disassociated from the other spaces regardless of clear exhibition autonomy.

As a sustainable project model, Enclave looks pretty good. Through obtaining the lease from the council, the project has a 10-year contract, which will be reviewed upon renewal period. Enclave charge rent to cover the lease of the building and overheads. However, at present there is no external funding for programming and so each exhibition is worked out on a case by case basis with the artist involved - either through individual project-specific funding applications or by private funding from the artists, along with significant in-kind support from Enclave and elsewhere. Looking to the future, Lucy is working on several applications for long term funding in order to increase the amount of support Enclave can offer artists and increase the scope and ambition of the gallery programme.

Alongside dedicating half of the first year’s programme to showcasing fellow tenants, Enclave also have a continuing series of invitational projects. Recently, Lucy has worked with Christopher Kulendran Thomas, who opted to curate a residency programme in the space. Titled Synchronise, Accelerate, Disperse, the project brought together 4 groups who utilise different media platforms to express new forms of identity through consumption; Misery Connoisseur, New Ultra Group, Special Service and The Air Inn Venice, all of whom participated in a series of events such as open workshops, dinner parties and fashion shoots during their occupation of the space. There has also been invited exhibitions by Luke McCreadie and A-Z. 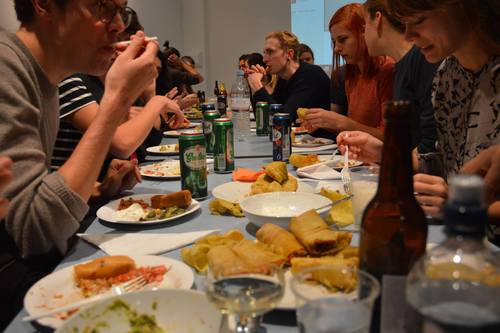 Lucy has lived and worked in the local area for a few years now, having studied on the Goldsmiths’ Contemporary Art Theory MA and been involved with coordinating projects at the Old Police Station organised by Anthony Gross, who founded Enclave. The approaches of establishing sites and projects that are multifarious and non-linear is resonant in both Enclave and OPS, and is rooted further back in Anthony’s involvement with temporarycontemporary. Sporadically based around Deptford over the past 10 years, these 3 projects have helped to establish a community that is reciprocal in supporting the ecology of arts within the area; offering studio spaces, club-nights and radio stations alongside presenting many alumni Goldsmiths’ artists. Despite this strong relationship between Enclave and Goldsmiths alumni, one built on studio visits, networks and research, as well as temporarycontemporary’s history and impact to the local and national art scenes, the relationship remains to be formalised. A common paralysis of communication between the smaller organisation and larger academic institute, it is difficult to understand why some universities are not more acknowledging of local artist-led projects that offer a direct supportive network to the students both during and upon completion of study. Considering the immeasurable influence projects can have in an area, would it not be of interest to the universities to understand the effects on student retention numbers, opportunities and progression of alumini by tracing the support artist-led spaces can offer, and which universities cannot.