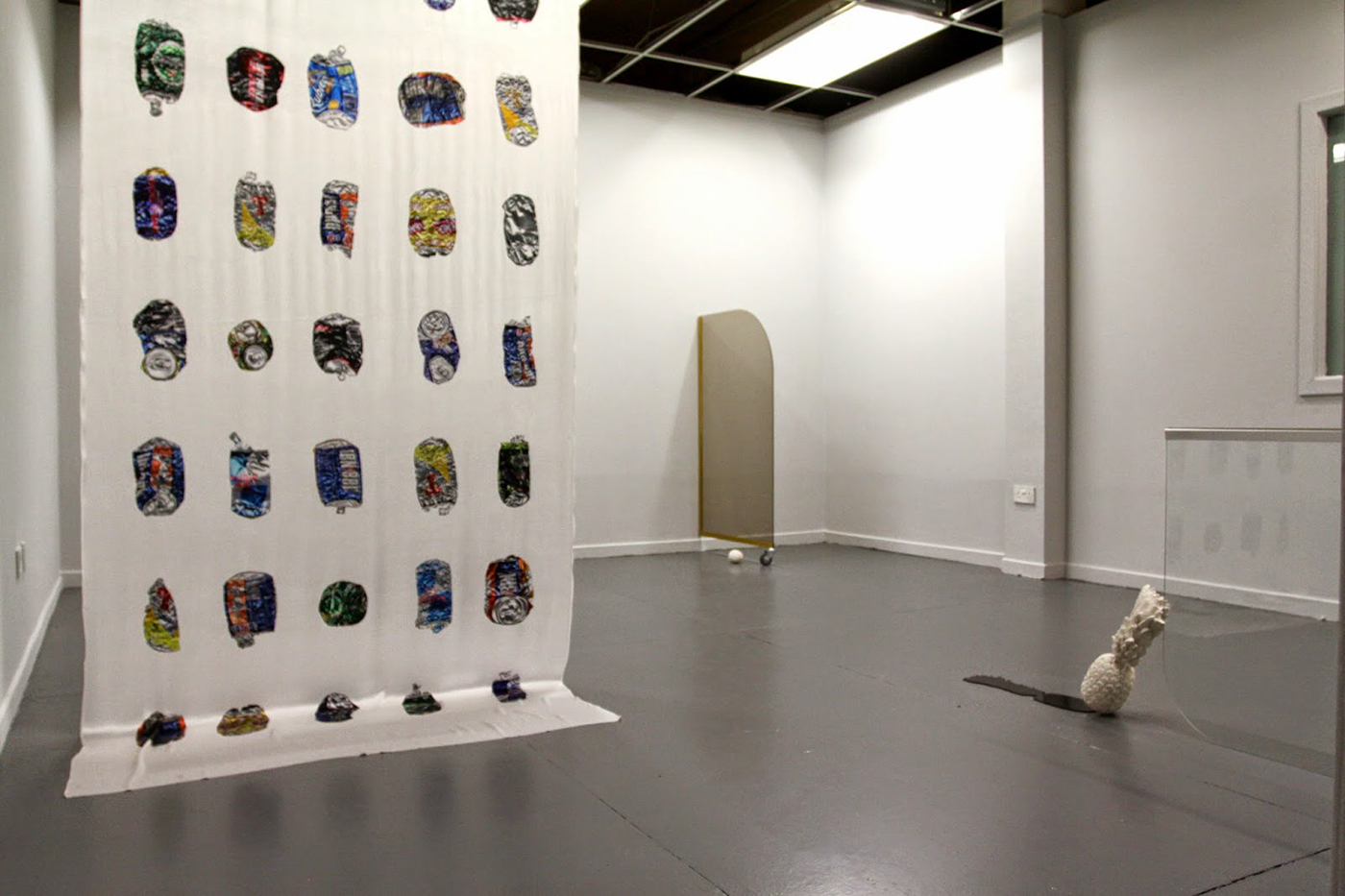 We End Up Always Using the Same Things, Federico Del Vecchio, The Telfer Gallery, set within MANY, Glasgow. 2013

MANY is perhaps the most apt name for the organisation, reflective of not just its facilitation of 30 + affordable studios in Glasgow’s city centre - providing working space for artists, designers and architects - nor for its development of creative partnerships with other organisations in the city, events programme or residency mentoring scheme for recent graduates. In fact, from our meeting with Marc Cairns, projects director, MANY is most appropriate considered as a mindset for a working ethos. A small team of just 5 people, MANY is also home to The Telfer Gallery, a separate exhibition space situated amongst the studios, which Marc co-programmes. On top of that, the complex provides office space to multi-disciplinary creative initiative Pidgin Perfect, an organisation developed through a background in architecture. Categorisation is troublesome.

Is MANY one too many? The point at which an organisation determines its cap on what it can offer a community is a double-edged sword. On the one hand, one must consider whether it is more beneficial for an organisation to have limited targeted responsibilities, offering a less expansive public service, yet a more focused or specific role. On the other, the relatively recent phenomenon of having a vocal presence through social media has effectively increased the workload of the organisation or author, should they wish to participate. At its best this prolificacy and expansiveness of communication and engagement could be seen to reflect the infrastructure of current organisations that offer multiple means of entry and output.

Financial support from funding bodies or the council can have an impact on the direction of the organisation, and is an option some choose to steer clear from due to the implications of developing publicly-engaged initiatives beyond the impetus for starting a project in the first place. MANY does not receive said funding, and is not registered as a charity. It’s a business. “…we’ve never been funded, and I’m actually quite proud of that, and I know that we can operate as a business without it”. The clear-sighted projection of MANY as a business model is refreshing; an architect’s conviction perhaps. “The studios scrub their own back…which is why if we’re at 50% capacity, we’re at a more dangerous position than if we’re at 100% capacity.”

Conversation with Marc Cairns, co-director of MANY Studios

Speaking with one of the current artists selected for the mentoring residency scheme at MANY, Abigale Neate-Wilson, it was endearing to see how a young organisation can provide the support to others who have recently graduated by providing them space and time to discuss new ideas and work. The Telfer Gallery too appears to have a programme integrated in current emerging artists across the country, with recent exhibitions by Matthew Parkin and Bruce Asbestos. Whilst both operations constitute just part of MANY’s output and continue to develop without external funding, it is clear that the organisation is not abject to future support; “We would like to be funded in certain parts that we are trying to establish…like the gallery, we would like it to seek it’s own external funding, and we would like to seek funding for the graduate residency programme, which I think is completely fair, because I think what we’re funding - these two projects and opportunities - does have an economic impact on the Scottish arts and culture scene, so I think it’s only fair that there should be a dialogue with the powers-that-be around that growth”.