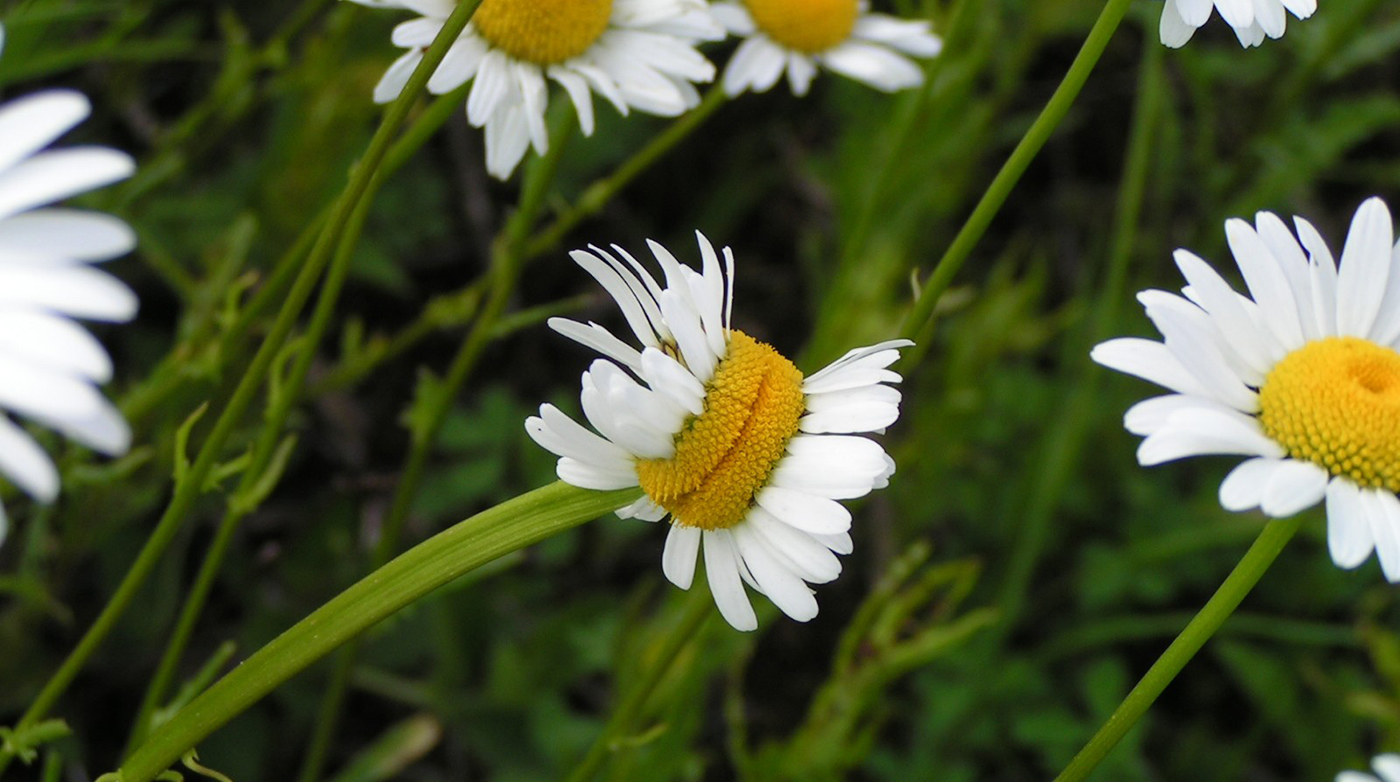 From A Back Catalogue of Ideas and Influences, c/o Rachel Pimm

‘Does anybody want to leave their crappy desk space?’ This proposition was put forward by Rachel Pimm, London-based artist and researcher, midway through her MFA at Goldsmiths, to a group of peers on the course as an attempt to restructure the partitioned working environment in the studios. Rachel was a founding member of Auto Italia in 2007, and an alumni student of the experimental 4D pathway taught at Central St Martins whilst on her BA. In a recent conversation, we discussed the politics of the inevitable formalising process collaborative practice undergoes, and the (anti)synthesis between her individual work and other group projects.

At Goldsmiths, Rachel and group of 5 peers eventually occupied a kind of sub-studio, which was regularly redesigned or repurposed for a year. Part of the reason behind the spatial intervention was to question the potential for a work space that was more conducive to group oriented practice and shared learning, by directing attention toward activity such as discussion, writing exercises, research, group crits and more ‘familial’ routines, ie – ‘coffee mornings’.

The output or benefits of more discursive activity can be harder to define or recognize, as Rachel admits it felt like ‘nobody in the group was doing any work whatsoever’. An ongoing reading group was maintained however, looking at a lot of post-utopian texts and social theory, and it was from this that the group formed under the title MoreUtopia!; a leftover domain from a member’s previous project, and bad pun on Thomas More’s 16th century epic.

MoreUtopia! weren’t completely introspective, and ‘as it goes, soon as you start to identify the work as a practice it grows into something, and after a while we started to receive invites to show in exhibitions’. Remarkably, one of the first public outings beyond the studio was a seminar event at Whitechapel with Gustav Metzger and Pedro Reyes, curated by Kyra Kordowski in 2012. Other initial works were realised at South London Gallery during a performance event, and TAP gallery in Southend-on-Sea a year later. 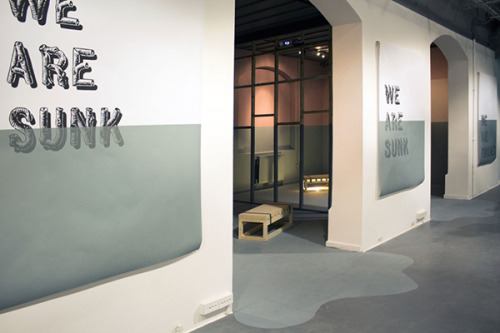 This feels like a somewhat accelerated process from studio to flagship gallery presentation, but is indicative of what cross-disciplinary and collaborative practice within an integrated network of students and lecturers across the university can afford. Through video, text, installation, seminars and performance, MoreUtopia! has utilised the attributes of group learning to speculate on future commonalities, often framed within a reflexive critique and the use of semi-pseudo corporate linguistics and branding. The short video work featured in the exhibition ‘A Proposal’ (2012), at Foodface gallery, Peckham, reveals a mind-mapping workshop conducted by the members of MoreUtopia!, attempting to articulate the means of expression experienced through group emancipation and individual gesticulatory consciousness. The act of ‘pinning down’, referring both literally to the stickie notes used in the workshop, and the notion of recording the event, pulls the discursive exchange had in the studios through a process of objectification, validating the group’s syntactical proposition with the viewer.

The workshop carried out in ‘A Proposal’, and the direct questioning of the provision and structuring of art college studios might be derivative of the conditions and questions challenged by the aforementioned 4D pathway taught at CSM. The course is concerned with, amongst other things ‘the politics of collaboration,… and relation between ‘work and action’’, and though Rachel completed her undergrad in 2006, professed the ‘very weirdly influential’ context that she, and fellow founding members of Auto Italia who were also on the course, can still respond to.

In 2006, whilst London was spearheading toward the banking crisis and economic meltdown, accessing property to run low-cost or not for profit project spaces were more negotiable, in a period considerably quieter to the current wealth of art galleries that have opened since, particularly in the east and south. But ‘around about 2009-10 it seemed like around London a lot of the surplus buildings were no longer in the ‘demolition’ phase, they were in ‘not yet to be used’ phase. The laws of viability changed, so that if you could prove that your development, which had to have already started, was no longer as profitable as it was projected to be prior to the crash, you could dash the obligatory proportion of the project allocated to affordable housing or creative industry.’

It was in this period prior to the increasingly stringent government forces that Auto Italia was also being established, securing lease of a warehouse unit in Peckham that was virtually rent-free, other than the bills. Promoting self-organisation and commissioning work by emerging artists, Auto Italia has always been particularly responsive to the current conditions and potentials artists navigate through, attentive to the contradicting confluences of neoliberal economies that those same artists are partly systemic to. Many of the projects coordinated by Auto Italia during their temporary lease(s) were directly engaged with the emerging precarious situation young professionals face living in London around 2008 onwards, curating projects that dealt with the practicalities and concepts of different social technologies, knowledge economies, leisure industries and digital virtualities.

The LIVE series, episodic performances broadcast live online and in front of a studio audience, exemplifies the roaming or hyper occupation of a nonspecific site, as the work is distributed virtually and stored online, alongside the organisation itself as it’s implicated in the effects of rampant development schemes across a broadening area. Having been moved on from both the Peckham sites and a temporary unit contracted with King’s Cross Central Limited Partnership, Rachel identifies that ‘…this is the state of London now, where galleries can occupy the kinds of spaces which are either in seriously hyped-up gentrification stage, like the King’s Cross site, or in the ‘container’ type spaces, where the injection of money is going into the development, but the leases are very short–term and normally only till there are physical bodies in the building’

Though stepping out from the organisation in 2010, Rachel contributed to the group show ‘Recent Work by Artists’ at Auto Italia in 2013. More akin to a group installation, the show was partly responding mockingly to the duty of fulfilling the ‘role of the creative industry let’. ‘The project in a way was a visual representation of what an ‘exhibition’ and artistic labour should look like, in the eyes of the developers anyway’, another example of the problematic expectancy of the artist’s role in society. In this scenario, the private property developers were essentially acting like a curator, in response to the up-till-then programme of ‘immaterial labour’ based enquiry, concerned that this form of activity and research does not equate to the same kind of attraction aimed at prospective investment to the area. 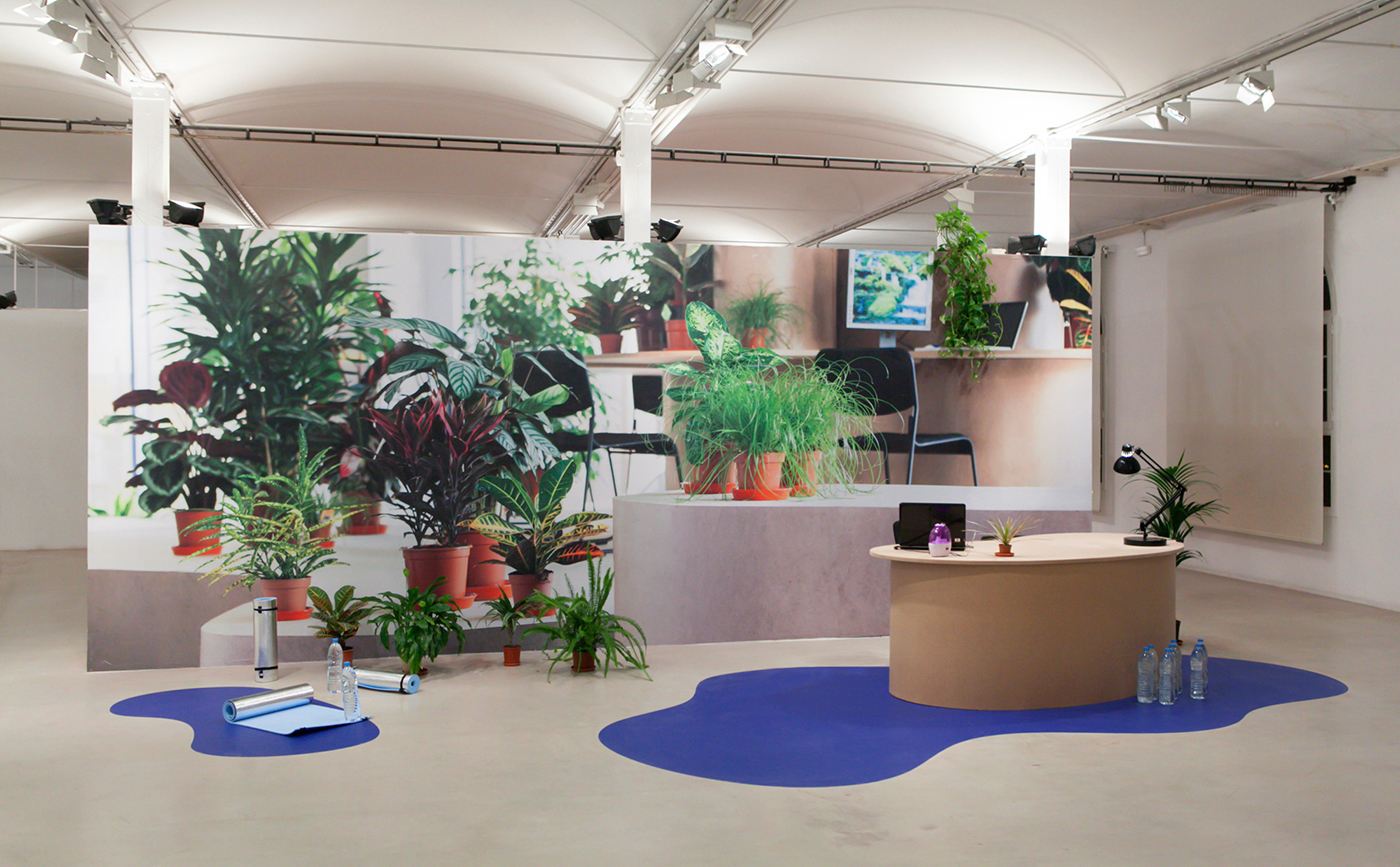 Now an Arts Council NPO, Auto Italia has dealt with the precarity of space to let ’…by becoming a Mobius artist in itself, it is a commissioning agent but also an in-house production project. The authorship has been dissolved’. This can often be the natural progression of an organisation that is not resistant to expansion, or perhaps professionalisation, as Rachel hypothesises ’…whether there is a finite span of an artist led project ran by the artists just putting on shows in the space, if at some point it has to become beneficial as a practice to those involved instead of mere facilitation’.

Stepping down from the Auto Italia directorship has afforded Rachel time to study and concentrate on her own practice again, though many of the concerns, collaborators and methodologies are intrinsic to the Auto Italia network. Earlier this year, Rachel was amongst 4 other finalists shortlisted for the Dazed and Confused Emerging Artist Award at the Royal Academy. The work on show, ‘Indian Rubber’, comprised a video projection and installation, tracing the propagation of rubber trees brought from Kew Gardens to India and Malaysia, and the cyclical manufacturing lines from tree engineering, to factory labour and recycling processes. The footage was developed whilst living in Delhi at the time for 6 months, which Rachel describes like living in a Naomi Klein book from the 90’s, ’…where the marketing and industrial processes felt very apparent’.

Rather than prescribing agency or voice to the object, or in this case material, ‘Indian Rubber’ functions more like a narrative of the industrial processes that are behind its fabrication. By exposing the process, a kind of magic is generated by creating a work that enters at its exit point, tracing the object back to the material’s source. There’s an essence of alchemy, by documenting the traditional techniques of how the raw material is extracted and treated, as Rachel describes her interest in ’…the history of the material and what it does, how it functions globally, where it’s going, how it becomes part of a dispersed capital structure’. 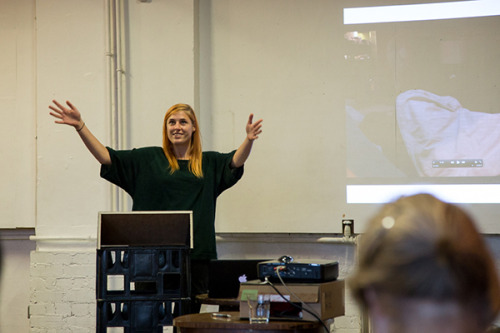 Though pedestaled as ‘individual artists’ within the award, Rachel’s practice and previous experience portrays a more realistic, holistic approach navigating the personal, professional, public and private identities of artistic labour. MoreUtopia!, for example, staged a Pecha Kucha event as part of the RA award programme, bridging concerns between their shared interests, and the themes within Indian Rubber. We rely not only on our peers, studio groups or professional networks, but also friends, family and partners. Discursive group activity in the art world is a semblance of this, to varying degrees of explicitness. Maintaining a studio as a practitioner somehow validates the professional societal role of the artist, though Rachel has never been clear what such a space is for, never having used one since graduating. Instead, what feels apparent in Rachel’s work, is the absorbent research that connects ideas between science, architecture, labour and commodities, which are disseminated through object-based exhibitions, group activities, lectures and visual essays, influenced by both professional and personal exchanges had from operating across multiple platforms and networks over the past 10 years.

You can listen to a recent Chisenhale digital commission titled 'Worming Out of Shit’ by Rachel Pimm, in collaboration with Lori E Allen here


In conversation with Tom Prater